Replace a Razor Only Outlet With GFCI Receptacles

You will often find razor only outlets in the bathrooms of older homes. These do not provide the GFCI protection that is required by code and will not support newer bathroom appliances. In this article I will replace a razor only outlet with the code compliant GFCI receptacle.

In this post I will discuss the rationale and steps for replacing an outdated razor only outlet with GFCI receptacles.  Prior to the introduction and implementation of Ground Fault Circuit Interrupter (GFCI) technology in the 1980’s, the way to help protect people from electric shock as a result of mixing electricity and water, was with a device called a “razor only” outlet.  These were essentially a one to one isolation transformer with a relatively low power rating, or current output capability.

The idea was to limit the amount of harmful current that could flow and isolate the appliance from the grounded power source. The concept was OK, but the shortcoming of these outlets was that they could only provide power for very small devices with low current draw, such as electric razors, or for charging other battery powered devices.  They could not even come close to running a portable hair dryer, curling iron, or any other larger items that we now find to be essential bathroom accessories. 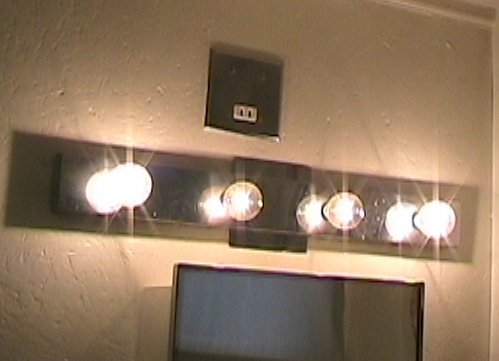 The other issue was that they tended to produce heat when left on for extended periods of time, thus the code rule of the day was to have them connected to the switch that controlled the bathroom light fixture, the idea being when the bathroom is unoccupied, the light should be off, and thus the outlet not powered up as well reducing the chance of heat build-up and potential fire hazard.

In this post and accompanying video, I am going to eliminate a razor only outlet, and replace it with two GFCI protected outlets instead, and put them in a much more convenient location.

The other option for replacement is to purchase and install a GFI conversion kit, which contains a special plate that will adapt the 4” x 4” outlet box that razor only outlets are installed in, to one that will accept a standard GFCI receptacle.  It also includes a special cover plate to cover the larger than standard outlet box.

The disadvantage of this method is that the new GFCI receptacle is only energized when the light switch is on unless changing that is relatively easy (depending on how the circuit is wired and access to it) so charging of appliances such as electric razors or toothbrushes doesn’t occur while the bathroom is not in use and the light switch is off.

I have a post from the past that covers the method of installing a GFCI conversion kit.  Click here for instructions on this.

In this situation, the razor only outlet is also in a horribly inconvenient location so adding some GFCI receptacles is the best solution.

After removing the plate screws, it was discovered that the transformer outlet was only installed in the wall space, and no back box was used. The wires were just inserted into the light outlet box and spliced in; a poor installation is so many ways. 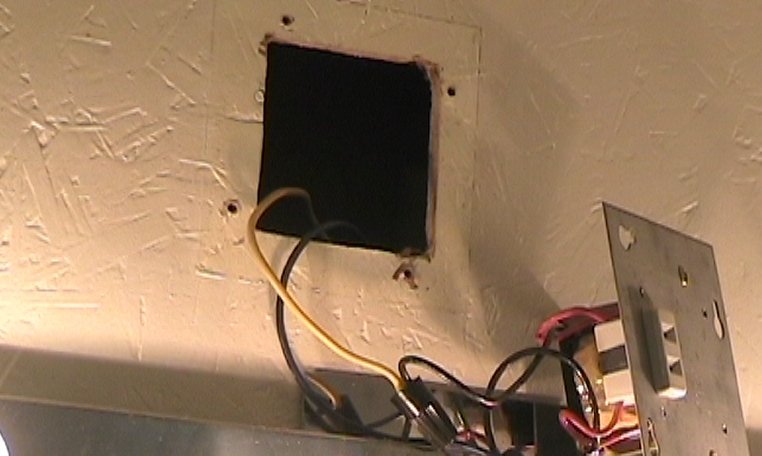 Now to figure out how the circuit is wired and where I can pull a source of power from to supply my two new outlets to be installed on either side of the medicine cabinet and vanity mirror.

It was discovered (for various reasons) that the best place to fish power from is a bedroom receptacle on the main floor of the house.  With no removable ceiling tiles and solid wallboard that was OSB pressboard, this seemed to be the easiest option.  The bedroom wall backed onto the upstairs bathroom that was directly above this bathroom, and the space around the bathtub provided some accessibility to assist in fishing in the cable. 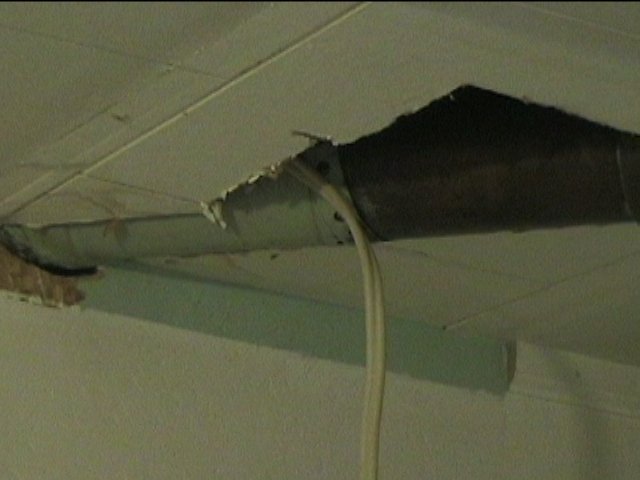 After a bit of cursing and swearing, that portion of the job was complete, and the cable was fished into the wall space that housed the razor only outlet.  I then had to work on getting that feed to one outlet, and from that outlet to the second one.

I chose to put in two receptacles so that the small space on either side of the sink could be used to put charging stations and other devices without having a cord running across and/or over the sink.  This is a very small bathroom and counter space is at a premium. 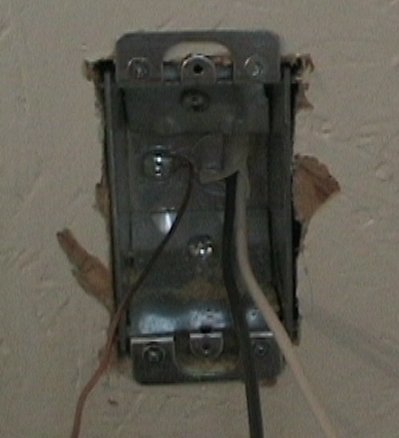 All ground wires were connected together as per code, with a pig-tail going to the box bonding terminal, and another to the GFCI outlet grounding terminal.  The second receptacle also connected in accordance with the electrical code. 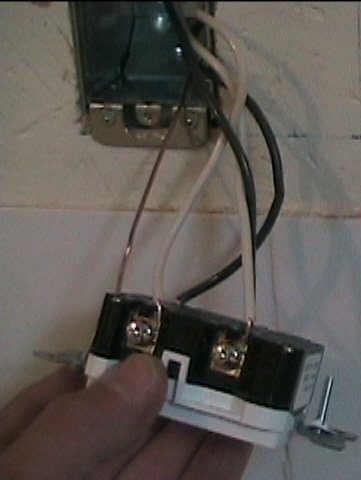 The last step was to turn off the power and splice my new cable into the bedroom outlet upstairs that had only one cable in it, making the connections simple, and keeping the box fill factor within the tolerance of the box size.

The final step was to turn the power back on and test the new outlets using a GFCI outlet tester.  Everything checked out, the holes and blemishes were patched, and a cover plate was installed to cover the hole in the wall where the original razor only outlet was.  Some touch up painting will complete the project. 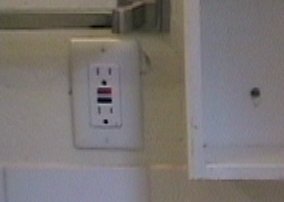 Watch the following video to see the whole project.

If you want to understand more about your home’s electrical system, the best tool you can add to your toolkit is “The Basics of Household Wiring” DVD or e-book.  This is 83 minutes of the best home electrical educational tool available anywhere, and can be purchased through our website.  This exceptional instructional aid covers most home wiring projects and would be a tremendous addition to anyone’s toolbox.  This DVD will help you do it right, do it safely AND save money.

Have questions about this or any other electrical project?  Ask below, or you can comment on the video at my YouTube channel or on my Facebook Page.