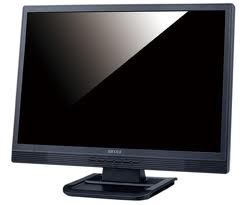 The first thing to recognize about liquid crystal display lighting is that LCD technology is a way of selectively blocking light, not a way of producing light.  Thus, LCD technology is not truly a light source technology, but it is packaged in such a way that we often don’t discern the difference.

LCD technology appears everywhere from our watches to the screens for portable computers.

In a computer screen, the light sources are actually thin fluorescent tubes coupled with various techniques to even distribute the light across the screen.

On watches, there is a reflective surface under the LCD display, and the light source is just the ambient light!  Watches also have a separate light source built in so that you can, at the push of a button, read your watch in total darkness.

“Liquid crystal” sounds like a contradiction in terms.  Yet some substances at the right temperature are liquid yet still maintain numerous microscopic rod-like structural shapes.  Note that this special state of matter is a function of the temperature.  Thus, the screen on your portable PC may behave oddly in very cold or very warm environments.

The orientation of these rod-like shapes is influenced by electric currents. The rods can collectively act as a polarizing filter.

If the two filters are aligned together, then light passes through as if there was only one filter.  If you rotate the two filters so as to be 90 degrees out of alignment, then almost all of the light is blocked.

The amount of light that is blocked depends on the angle of rotation between the two filters.

Effects of the Filtering Process

An interesting effect takes place if you introduce a third polarizing filter.

How Colors are Displayed

The various colors are made by having very tiny areas of the screen tinted red, green, and blue.